Check out:
0 Shares
READ NEXT

Chex Mix has become an integral part of our lives over the years. Found at every convenience store like the most essential item, Chex Mix is indeed essential. It is impossible to watch mind-blasting thrillers without a beloved snack to munch on. Moreover, all flavors of Chex Mix are so carefully made, they all seem to be created just for you.

There is no denying the fact that Chex Mix is healthier than other chips and cannot be traded for anything else, but is Chex Mix vegan?

Which are the three vegan flavors of Chex Mix?

There are potential non-vegan ingredients even in the otherwise vegan varieties of Chex mix. These ingredients are monoglycerides and processed sugar. Traditional, Ghost Pepper, and Popped varieties are the two apparently vegan flavors of Chex Mix.

Many vegans feel it is safe to assume that none of the various varieties of  Chex Mix is vegan. Let’s have a look at the two varieties we expect much of.

The Traditional Variety of Chex Mix may be vegan

The traditional variety of Chex Mix is not certainly vegan. But it can be considered vegan if you don’t give importance to the potential non-vegan ingredients. These problematic ingredients are sugar and distilled monoglycerides. 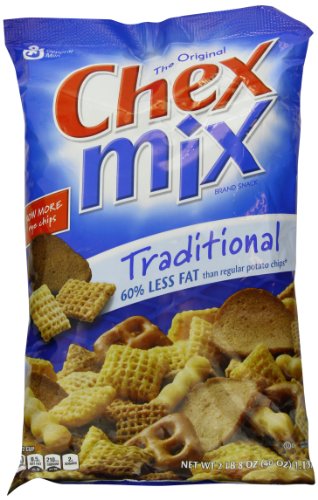 The Ghost Pepper variety of Chex Mix may be vegan

There are a few ingredients that strict vegans find problematic. These are sugar, caramel color, and natural flavors. 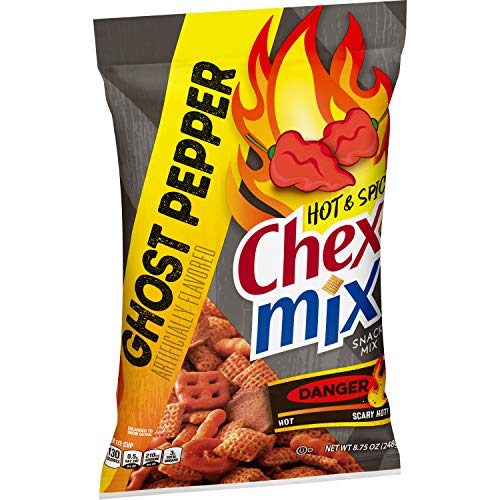 The Popped Variety of Chex Mix may also be vegan

With the same two problematic ingredients as the original variety, Popped Chex Mix is probably vegan. It really depends on how strict a vegan you are.

Why is sugar problematic to vegans?

The debate around processed sugar is no news. Vegans worry that a large amount of sugar in America is bleached and whitened using cane sugar. This is true. More than half the sugar factories in America use bone char to whiten their cane sugar.

The process of bleaching cane sugar with bone char is problematic to vegans. Bone char is the resultant product of high temperature combustion of animal bones. Poor innocent animals like pigs and cows are no wonder sacrificed to this cruel practice. Bone char is highly absorbent and removes impurities from the brown cane sugar to render it white.

Although no bone char is passed as a remnant into the finally whitened cane sugar, vegans boycott processed sugar because of the involvement of this cruel practice in the manufacturing process. It is noteworthy that all sugar is not bleached by bone char.

Vegans must understand that boycotting all sugar is not a solution. Especially because a large portion of it is indeed vegan. It is advisable to focus on avoiding the more noteworthy and prominent non-vegan ingredients in foods like meat, eggs, and dairy. Removal of sugar from your diet will not be as impactful.

Why are natural flavors problematic to vegans?

Why are monoglycerides problematic to vegans?

It is possible to obtain monoglycerides from plant-based sources. But we really wish today’s manufacturers were as honest and dependable. It is widely known that most monoglycerides in today’s factory-made food are obtained from animal fats.

For this purpose, numerous innocent animals are routinely sacrificed. It is important that the manufacturers are asked to address the sources from which these monoglycerides are obtained so that concerned consumers can stop the speculation.

It is again advisable to not give up on foods solely because monoglycerides are mentioned in their list of ingredients. It is also possible that they are indeed obtained from plant-based sources.

Which are the non-vegan varieties of Chex Mix?

There are six other varieties of Chex Mix and they all appear to be non-vegan. After taking a look at their ingredients, we found out that all of them have some or the other direct non-vegan ingredient totally unacceptable in a vegan diet.

As is common with this variety, Cheddar flavors are seldom vegan. Although it is entirely possible to attain this flavor using vegan ingredients, it is most commonly made using dairy-based milk products.

It is impossible to include dairy products in a vegan diet. Dairy is a form of exploitation of innocent cows that produce milk solely for their young. The young calves of these cows are refrained from consuming their mother’s milk and all the produce is harbored for human consumption.

Dairy is a cruel industry and dairy products must always be avoided.

This flavor is not vegan. It could have been easily made using vegan cheese instead of cheese derived from dairy milk. But Bold Party Mix contains dried romano cheese and parmesan cheese instead. Distilled monoglycerides and sugar are other problematic ingredients strict vegans take note of.

Like other delectable flavors of Chex Mix, this product also contains dairy-based constituents. Dried cheddar cheese and sour cream solids are present in the list of ingredients.

Vegans should avoid these flavors and look for other vegan options that suit their taste and ethics.

This flavor sounds dreamy and it will definitely water your mouth, but vegans are stronger than such attractions. The Jalapeno Cheddar variety of Chex Mix contains whey powder, buttermilk powder, cheddar cheese powder, butter concentrate, sour cream solids, and sugar.

As we know, all these ingredients are products of the cruel dairy industry and are impermissible in a vegan diet.

Listed amongst the non-vegan flavors of Chex Mix, some vegans might have different opinions on this flavor. Primarily because many vegans don’t think honey is vegan.

Apart from dried honey, this flavor also contains nonfat milk and sugar. So it isn’t possible for vegans to consume this flavor even if they still want to consume honey.

Why is honey a topic of debate amongst vegans?

Honey is produced by honey bees to feed and nourish their own large colonies. Bees work hard to gather nectar and then process it into honey over several days in order to build a viable and dependable source of nutrition. The hard working bees are exploited by the honey industry that steals honey from bees and often kills many bees in the process.

The important thing to understand is that bees do not make honey for us. We steal it from the. Bees are animals and stealing honey is a form of animal exploitation just like dairy.

Bees are an integral part of our ecosystem. We cannot tolerate their absence. The already dwindling population of bees is also the result of such malpractices by the honey industry.

This flavor contains whey derived from dairy milk, nonfat milk and sugar. As all these ingredients are unacceptable in a vegan diet, Turtle Chex Mix is not vegan.

So is Chex Mix vegan?

Veganism is about abstaining from the use of products sourced from animals. It is also about urging the manufacturers to shift their production methods to vegan standards. This is caused by creating a shift in demand. It is important for us as a community to opt for only the vegan varieties of food items so the manufacturers are certain about what we want.