When going vegan, we consider the products we’re willing to give up, but it’s easy to overlook snacks that are often taken for granted, such as Doritos. The world’s most famous tortilla chips come in various flavours, and the company even sells dips to go along with them, but some flavours based on vegan foods, such as guacamole, may mislead you by name.

So, is there any luck for vegans in this brand, or is it time to move on? There are a few Doritos flavours and even a couple of dips that don’t contain any animal-based products but depending on how stringent you are; you may not like the prospect of risking factory cross-contamination in your bag. Let us take a closer look at Doritos and veganism.

Are Doritos Vegan? The Short Answer

Of the 13 flavours of chips sold in the UK (nine bags and four Stax), only three are vegan: Chilli Heatwave, BBQ and Chilli, and Lightly Salted. As for the rest, whey derived from milk is a common ingredient among them. Also, none of the Stax Doritos is vegan.

Regarding dips, the two salsa-based dips, Mild and Hot Salsa, are vegan, while the cheese-based ones, Nacho Cheese and Cool Sour Cream and Chives, aren’t vegan.

What’s in the Bag?

The chips themselves are made of ground corn (maise) flour, vegetable oil, and several flavourings or seasonings. The latter two determine whether or not a flavour is vegan, as some are made with animal-based products (mostly by-products of milk) as listed on the bag and their website.

Shortly below, you’ll find tables of vegan and non-vegan flavours alongside their main ingredients.

If you look at a vegan flavour’s ingredients on Doritos’ UK website, you’ll see a warning telling you that their factories also handle milk. So while the following flavours are vegan, they come with a risk of having been mixed (ever so slightly) with milk by-products.

This potential risk is why no organisation that endorses veganism has certified any of the Doritos flavours as vegan, and we doubt any will until they fix that.

It may also be a deal-breaker for many vegans for ethical reasons and if it is for you, scroll down to find our recommended vegan alternatives to Doritos. Otherwise, check out more about the vegan flavours (and dips!) and their ingredients below.

The fourth flavour, Mexican Chilli Salsa, sounds vegan but contains a small quantity of lactose derived from milk, which disqualifies it.

The two cheese-based Doritos dips, Nacho Cheese and Cool Sour Cream and Chives, are unsurprisingly not vegan. These two are packed with milk by-products and even dried egg yolk.

On the other hand, the Salsa-based dips are entirely vegan, unlike their Stax counterparts, containing mostly tomato puree and no lactose. Interestingly, though, Doritos doesn’t give the same warning with dips about the cross-contamination risk it provides on vegan chip flavours.

Check out this short table for reference on the four dip flavours and their main ingredients.

Luckily for all snack-loving vegans, we can find vegan alternatives to most things nowadays, and Doritos (or tortilla chips in general) are no exception. Several brands have been experimenting with different ingredients to find the perfect vegan tortilla chip that tastes like Doritos, with the added benefit of healthiness! 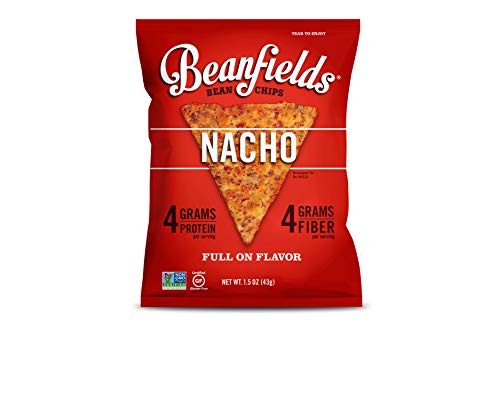 As alien as it sounds, this creative company has managed to make tortilla chips from black beans.

As they say on their website, it all started in the founders’ home kitchen as an experiment. They fired the oven up, put the black beans chips in, and considering what came “blew their taste buds out their heads,” it’s fair to say the experiment was successful!

Beans are one of the most popular superfoods, meaning they’re exceptionally dense in nutrients. They’re rich in proteins and fibres and have great health benefits that give Beanfields a significant edge in healthiness.

Plus, they’ve experimented with herbs and spices in search of the perfect tortilla chip. They came up with three initial enticing flavours: Pico de Gallo (salsa), Sea Salt, and Nacho. Yes, you read that right; they managed to make a nacho flavour without melted cheese!

Some of the common ingredients they use are black beans, navy beans, brown rice, safflower or sunflower oil, cane juice, and citric and lactic acids, alongside a blend of vegan spices such as paprika, parsley, lactic and citric acids, and vegetable-based powders.

Other than being completely vegan, Beanfields are also non-GMO and gluten-free. 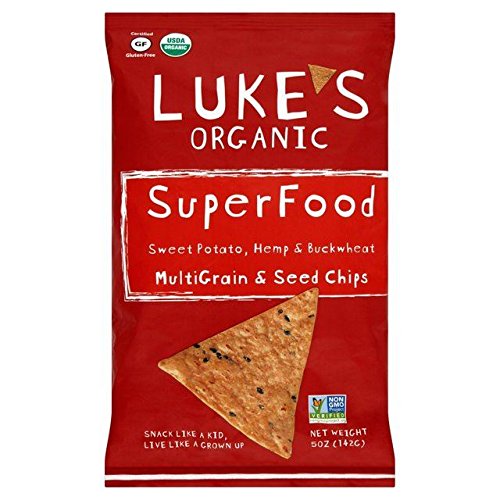 What started as an attempt to make gluten-free snacks turned into a mission of creating a brand of salty snacks that are certified organic, non-GMO, and gluten-free. Though the brand has some non-vegan flavours, they’re overshadowed by their vegan options. In fact, all their triangular multigrain chips are vegan, and none of them compromises on taste!

We especially recommend their Kale Multigrain and Seed Chips. Kale is another superfood packed with nutrients, including calcium, iron, potassium, antioxidants, and fibres. It’s flavoured with sesame seeds and sea salt and makes for a great, healthy crunch! 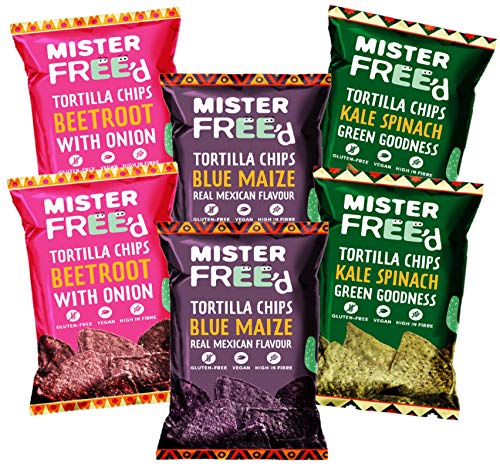 Imagine if there were colourful tortilla chips with no artificial additives, then imagine if they were vegan friendly, and then you won’t have to imagine anymore. That’s what you get with Mister Free’d’s unique chips! Tomas and David, the founders of Mister Free’d, were aiming to challenge the idea that healthy food is bland, and we feel like they certainly have.

These guys are all about natural, healthier ingredients with no compromises. Sounds too good to be true? Wait until you see their Blue Maize Tortilla Chips because a bag of bluish/purple “Doritos” (tortilla chips) is that thing you never knew you wanted until you saw it. Imagine bringing those to show your friends at dinner.

If blue isn’t your thing, they also have green chips, one made from avocado, another from kale and spinach, and a pink one made from Beetroot.

The best part about this (in our opinion) is the amazingly high nutrient content in these bags! They differ from one flavour to another, but they have about 6 to 7.5 grams of protein per 100 grams. That’s more than a large egg’s protein content; can you believe that?

In addition to being vegan, they’re also gluten-free and extremely high in fibre. One bag has 11+ grams of fibre per 100 grams, which is about a third of adults’ recommended daily intake.

Technically, there shouldn’t be a problem with the three non-vegan Doritos flavours we’ve mentioned since they contain no animal-based products, especially with the Lightly Salted flavour.

However, many vegans may be put off by the brand since the factory still handles milk and its by-products, causing two concerns. Firstly, there’s the risk of cross-contamination; with different ingredients flying around, it’s reasonable to assume that a small amount of some animal-based product will inevitably make it into the wrong bag.

Then, there’s the risk due to the fact that the company uses non-vegan ingredients for most of its products, which can be seen as unethical from a vegan perspective.

Some won’t have a problem with this since the product they’re using is free of animal-based products, while some will oppose the company’s practices. Fortunately, we now have plenty of vegan alternatives for Doritos, too!